I haven't written in a while.  I stopped watching the bits of brown-stuff flowing from the fan.  There is no point watching the control trip being spun by all levels of the beast.  The message is the same.  But it will change and the full load of brown-stuff will soon enough hit the fan(s).  The illusion of the beasts control is almost over.  The beast will make a misstep.  It is a universal truth that change happens relentlessly and we can all see that the conditions for the survival of the beast in its present form have utterly changed and in response the beast's hunger only grows.

There is a 'myth' in Greek mythology that I heard from Frank Zingrone who was a teacher of mine in York University (he had done a lot of work with and for his teacher: Marshall McLuhan).  I would like to share with you as I heard it from him.

Erysichthon was the son of Triopas. He was an arrogant and impious man who dared to fell timber in the sacred grove of Demeter. As punishment, Ceres sent Famine to dwell in Erysichthon's entrails, so that he was continuously tormented by an insatiable hunger. He ate up all the food in sight, and sold all his possessions to buy more; still he was not satisfied. Finally he sold his own daughter. She appealed to Poseidon, who had taken her virginity, for assistance, and Poseidon granted her the power to change into any shape she wished, thus enabling her to escape her new master. Her father discovered her ability and sold her many times thereafter until he had her become a pig and he sold her for a celebration in a nearby kingdom.  When she returned to her human form she met and fell in love with someone there and dallied for a day.  When she returned home she discovered that Erysichthon had devoured himself.

Isn't this what we are watching play out in financial markets?  Think about it.

Stop being the daughter, stop being the pig and let the sickness come to its natural conclusion.  Our world will be a lot better for it.  Take the cure.   Tell that to the politicians?  No they are one of the Erysichthon's limbs and will be devoured in due course.

What can those who understand do?  Withdraw active support for the body of the problem Erysichthon and live happy without the illusions they ask you to hold.  And watch the show.  We are nearly there.

The ship of fools is going down.  Don't be penned like sheep by ideas that are lies we tell ourselves to keep ourselves in the fold.  Look and see clearly for yourselves—that clarity is a happy place whereas the cloudy delusion of our present circumstances is not.  Understand that our present situation is not some high-level conspiracy other that the rich wanting to stay so—they suck at the same teat of delusion as everyone else. There is no one group to blame.  The problem is us.  And we are the solution so start with yourself—that's where it all starts in truth.

May All Be Well and Happy—Without Having to 'Pursue' It.
Posted by Unknown at 7:50 AM No comments:

What's Really Going On—Are We Actually Watching the Death of the Equity Markets?

I was at a crowdfunding seminar yesterday.

My take-away is that while many companies NOT in the public markets can now use, easily, the disruptive crowndfunding model to raise funds public companies must jump through a series of regulatory hoops.  These same regulatory bodies who have also allowed / created a mix of trading rules and conditions that are toxic to junior companies.

These public market companies are at the mercy of deleterious changes to the rules on shorting and the hell-fire realm of high-frequency trading which is so inappropriate for low volume trading.  These 'conditions' are plain and simply toxic.

Private companies, start-ups and other organizations have this new source of public capital without the obstacles of multiple costs and regulations of the market operators.   Instead they can raise money directly from anyone who likes the idea or product or service being offered for financial support to anyone interested.

Junior equities and start-ups are the roots of the public market system and this level of the equity system is being destroyed.  For me the simple conclusion is that that whole system is under attack from the 'owners' of that system, the investors who seem loath to return while the toxic situation continues AND this new form of participation in the emerging level of wealth creation.

So sad but perhaps necessary in order to rearrange the order of control and power in the financial world which was present (maybe not really) and generated the conditions for the 2008 collapse.

PS—I will be attending the TSX HFT (high-frequency trading) seminar on Monday so you can expect more on this topic on Tuesday. G
Posted by Unknown at 8:42 AM 3 comments:

The seminar had the title:
Calm After the Storm—A Return to Normality in the Mining Sector

Yesterday I went to listen to the insights implied in the title.

This was perhaps the strangest seminar I have ever been to.

The room was full of people including many who've seen at least three cycles (excepting the unusual number of TSX people including at least one "Compliance Officer...I wonder what they were there for?).  The stage contained people for whom this is the first cycle they've ever seen (not been through as this one is not over).

So the stage held a bunch of juniors—just kids new, really—to the industry sitting in front of senior investors and brokers and others who work directly for the industry as well as bunch of shills for the regulators.

It was embarrassing to have thought that they would offer any insight or ideas (other than how to save $50 bucks here and there and, of course, the warning-speak from the two regulators on the stage) about the condition, cause or way forward in this market.

The title and the lack of information implied in the title says it all.  They are clueless—and we wasted our time.  If this represents in any way the leadership for the future of the junior mining sector we are all in huge trouble.

Six 'guys' the venue set-up guy, the auditor guy, the TSX Venture guy, the Lawyer guy, the BCSC guy, the Investment Advisor guy and the Executive search guy.   Hmmmm.
So:
The Cambridge guy grew up in the sector and had a picture of the two BreX bad guys in his house with text underneath saying "Lest we forget".

The Auditor guy announced he'd just ditched his Blackberry for the latest iPhone and preceeded to offer minor savings on audit fees if you bought a $230 CICA book.

The TSX Venture guy had the worst graphics—illegible with lots of missing data—recited listings and fund raising statistics, and the usual stuff that pretty much everyone in the room already knew years ago.

The Lawyer guy talked about Director's liability insurance (in other words it's going to get worse so cover your a**?).

The BCSC guy offered alitany of various threats and which ones were worse that others after which he said he was going to offer some positive stuf—he said how there were going to reduce the number of filings to twice a year but that they weren't going to.  What???

The Investment Advisor guy was going to tell us hao we got here and proceeded only speak about the sector only saying that the American downturn didn't help and that share roll-backs were probably a good idea.

The mining sector Executive Search guy did a stand up comic routine with his facts and figures saying you couldn't really trust them saying it was like George Costanza (Seinfeld) picking up women by doing the exact opposite of what he would normally do.

Calm After The Storm eh?  Isn't the phrase Calm Before the Storm?

Posted by Unknown at 9:34 AM No comments:

COMING NEXT WEEK:
Is High Frequency Trading Really Fraud Perpetuated by the Fiat Banking Community in Collusion with the Present Management of World Stock Markets?
G

Posted by Unknown at 8:19 AM No comments:

23, 2013) - Sage Gold Inc. (TSX VENTURE:SGX) ("the Corporation" ) has entered ...
investment opportunities in the junior mining and natural resource sectors. ... the main
market for listed securities on the London Stock Exchange ("LSE") and ...
See all stories on this topic » 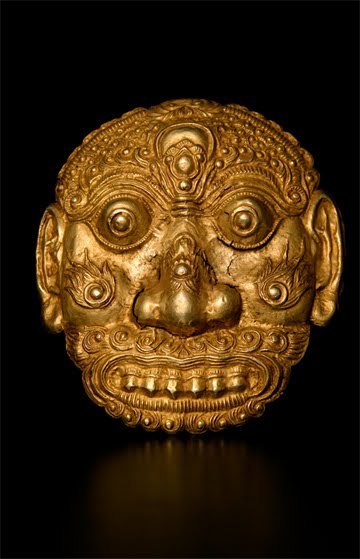 Blogs Worth a Read